Today, Hikvision have released an official statement regarding their popular iPhone and iPad app iVMS-4500 version 4.2.0 having been hacked and infected with malware.

This version has been available on the app store since 2nd September and was removed recently once the hack was discovered. Hikvision have since released a new version (V4.2.1) that they claim has resolved the issue.

It is imperative that you check which version you're on, uninstall the app from your Apple devices and update to v4.2.1 as soon as possible.

Android users are unaffected.
Previous versions to 4.2.0 are also unaffected. 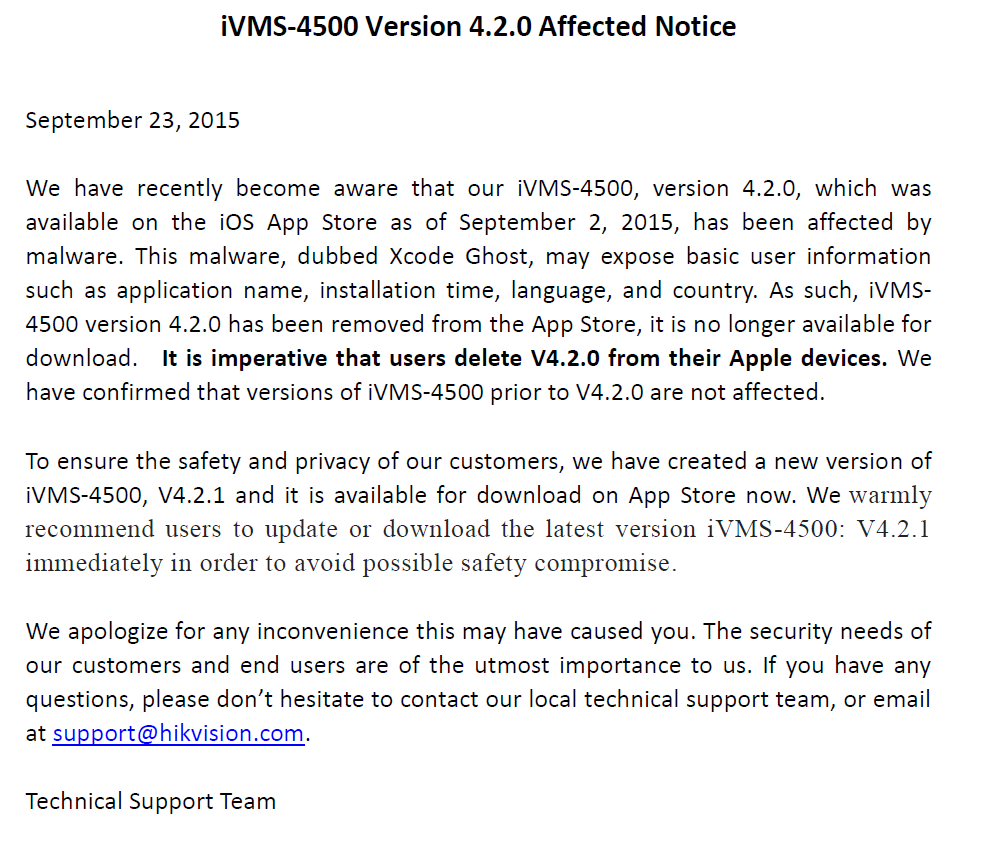