How-to: How do I tell if a Hikvision camera is genuine or a Chinese grey import model?

Status
Not open for further replies.

How to tell if your Hikvision camera is a genuine UK model or Chinese grey import
​
One of the biggest potential pitfalls for Hikvision customers is not being aware of the fact that Hikvision cameras are region-specific. There are Chinese region or Western Region cameras, and they must only be used for the region they were intended for. We've seen countless people suffer no end of headaches because they bought a camera from the Chinese market, imported it, and then tried to use it in the Western one.

This is because the two regions use different firmware, and the firmware versions are not interchangeable across regions due to hardware differences within the camera. Upgrading a Chinese camera with WR firmware (and vice versa) can cause a number of complications, up to and including total camera failure, rendering it inaccessible and unusable. That is if you're able to navigate the Chinese language menus the camera will have in the first place.

Online retail websites like Amazon and Aliexpress are the largest culprits for this. These websites allow many unofficial third-party sellers to use them as a platform to sell their own goods, luring in those who are unaware of Hikvision's region restrictions who more often than not regret their purchase.

Hikvision's stance on grey import cameras is very clear. They "do not allow anyone, or consider them authorized to sell our products on open internet plaforms such as eBay, Amazon, Aliexpress, Snapdeal etc.".

​
All official, authorised Hikvision dealers will only provide genuine Hikvision models for their respective regions. For example, use-IP is an authorised partner with Hikvision, and so you can rest assured that all of our cameras are genuine Western Region models, and you should encounter no issues when purchasing one from us.

There are a few ways you can check whether your camera is a genuine WR model or a grey import Chinese model.

The label on a Chinese region camera and on the box it came in will contain Chinese lettering, as below. 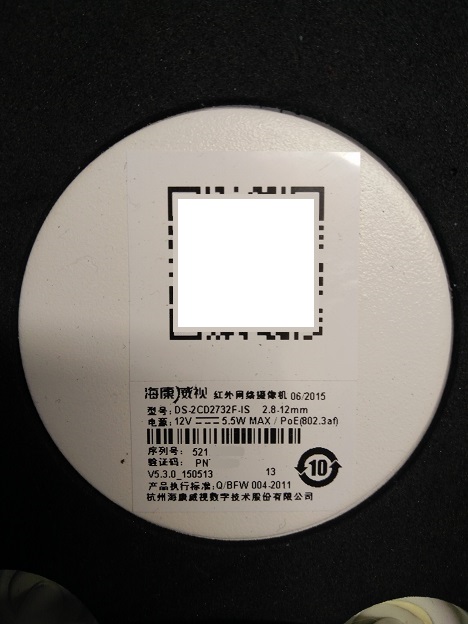 ​
A WR Hikvision model will have English lettering instead. We only have the Chinese camera above because a customer once tried to pull a fast one on us and have us swap his illegitimate grey market camera for a genuine UK model under the guise of it being "faulty". As you can see, it's extremely obvious that this is not a UK model.

Aside from the language, many grey import cameras arrive in a brown, nondescript box rather than an official Hikvision red/white box, as below. 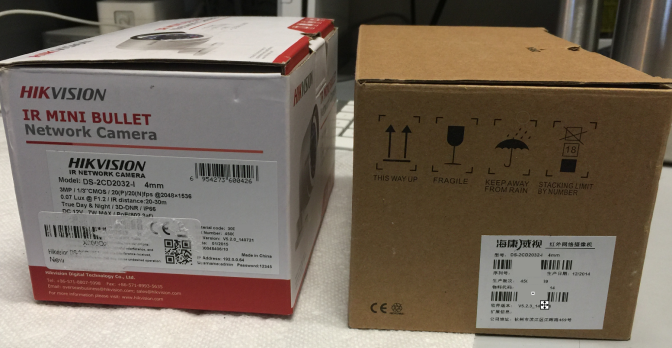 Photo credit to diysecurityguy
​
Finally, the most definitive and surefire way to tell whether your camera is Western Region or Chinese is by checking the full serial number, either via SADP or by connecting to the camera via a web browser and checking its device information.


A WR camera will have WR or RR in the serial number
A Chinese camera will have CH in the serial number​
There are a number of drawbacks to going down the unofficial grey import route, but chief among them is that Hikvision will not support unofficial cameras. There is no warranty or technical support provided, and you will not be able to update your camera's firmware.

​
The difference in cost between an official genuine model and a grey import model is so minor that there's absolutely no reason to shoot yourself in the foot and purchase an unofficial camera.

Save yourself the headache!

Status
Not open for further replies.