Hikvision has released new firmware for their G1 Series IP cameras. The latest firmware, Version 5.6.5, can be downloaded here.

NB - you may need to refresh your browser when viewing the Hikvision portal to see the newly added version at the bottom of the list.

The Release Notes are attached.

The last few pages of the release notes specify the applicable cameras.


We were delayed posting the announcement of the release of this new firmware as we wanted to clarify with Hikvision support what "Fixed some known issues" actually meant, we emailed them and this was their response:


When the release notes states "fixes known issues" it tends to be when the information is for internal only.​
So one issue which isn't shown is an issue with the motion detection alarm it might be disconnected, if the motion detection constantly triggers for more than 25 seconds.​
The other issue with a Synchronization issue with 8MP models at 20FPS, the substream will display Full frame. ​

You are 2 firmware versions behind so I would definitely update as even though the v5.6.5 firmware doesn't include many improvements the last v5.6.4 firmware does so you may as well update all the way to v5.6.5 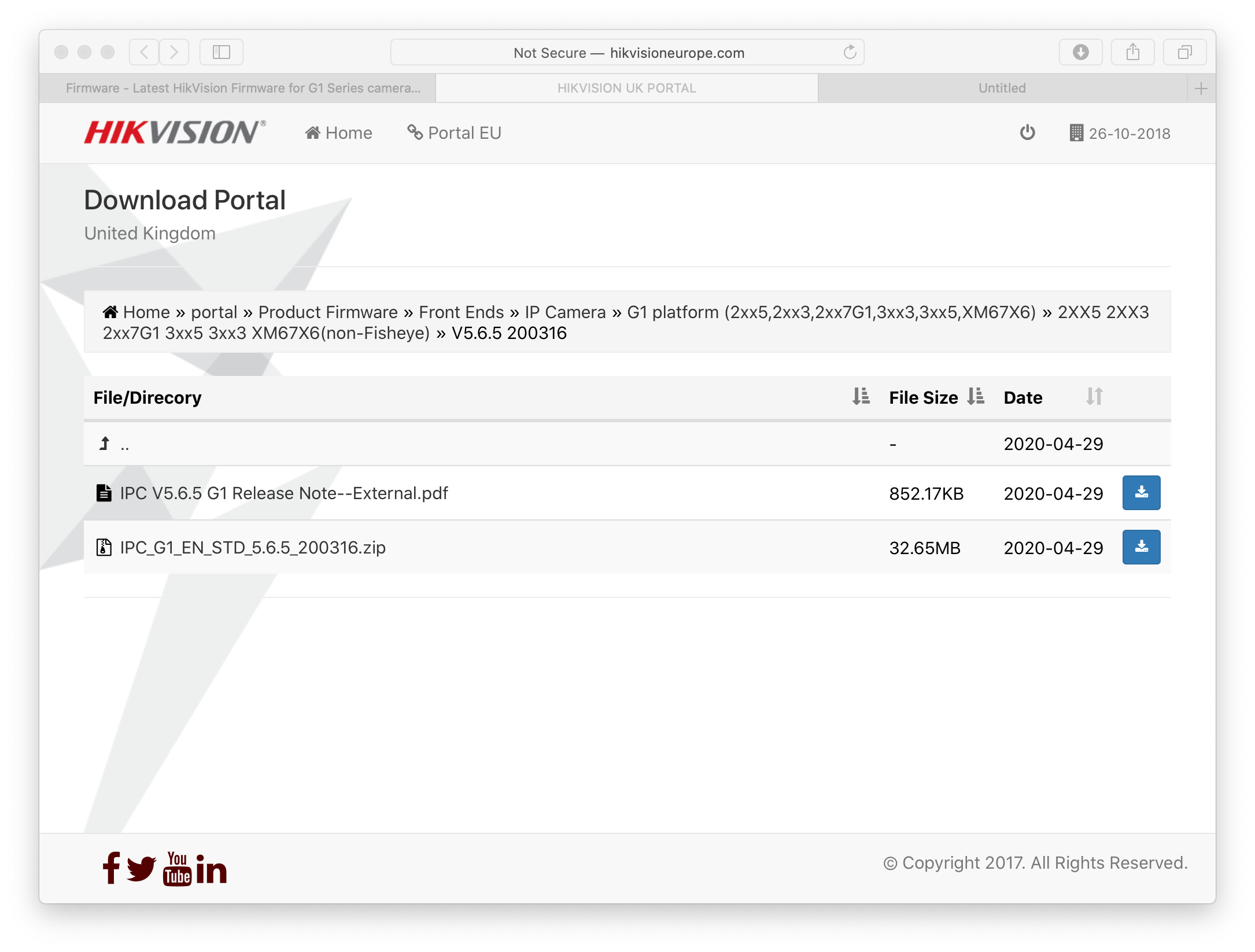 yep, that's correct, as linked above in the first part of this thread.

Ok for 2346G1 as I cant 'see' this model in the PDF release notes?
Also, separate Q as just mounted this camera i bought from you..if mounting on vertical wall, must I have the 'up' on the top or can i invert the image if I spin it round 180degrees?

We usually recommend that you initially install the camera with the area marked UP at the top, but you can then rotate the turret ball into any position and rotate the image within cameras image settings.
You must log in or register to reply here.
Share:
Facebook Twitter Reddit Pinterest Tumblr WhatsApp Email Link
Top