​
Synology have once again released a fairly large content update to their popular Surveillance Station CCTV package running off of their NAS drives. Whilst not as large as the Surveillance Station 7.0 release we covered before, 7.2 does introduce some much-needed I/O module integration and key-frame adjustment options as its headline features, amongst some other quality of life changes.

For those of you who have already upgraded to the recently-released DSM 6.0, you'll need to upgrade to Surveillance Station 7.2 to continue using the program.

You can read Synology's announcement here, and we'll cover everything below.

The full list of supported I/O modules is somewhat small currently. Of the list, the popular Axis P8221 Network I/O Audio Module can be found on our webshop.

​
From within this application, you can add and configure your I/O Module (seen below). From here you'll be able to connect and configure any appropriate I/O connections to your modules and what you'd like them to do.

​
Similarly, a new option has been added to the Action Rule application which will allow you to configure your I/O module to trigger certain actions (recording when audio is detected for example).

Surveillance Station 7.2 introduces the ability to adjust the keyframe interval of your individual cameras via Surveillance Station itself, rather than having to access each camera independently, again something that should save you a fair amount of time.

This will be most relevant for any installations using cameras that have H.264 encoding, and will allow you to fine-tune the balance between frequent interval/keyframes for a clear but bandwidth heavy image, and less-frequent keyframes for much lower bandwidth but at the risk of quality loss.

Users of Hikvision cameras might be more familiar with the term I frame interval. 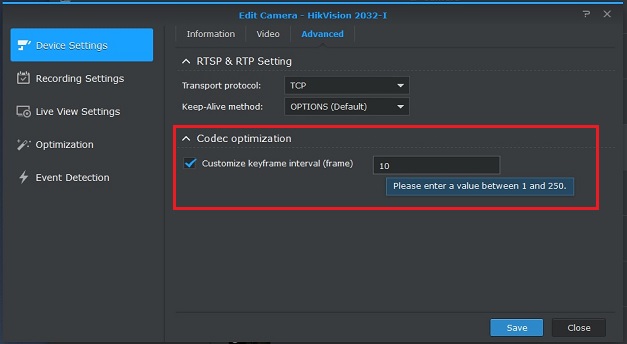 ​
You can adjust these settings from the IP Camera application, unique to each camera.

Beyond the two above-mentioned features, much of the rest of the update includes quality-of-life improvements, one of which is the introduction of a new "Auto" layout template when viewing Live View or playing back Timeline footage. 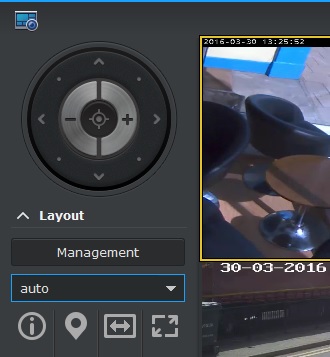 ​
Self-explanatory really - Auto will automatically generate a template based on the number of connected cameras as opposed to you manually having to do so.

This update also saw both security and quality of life improvements made to Surveillance Station's CMS solution, including both HTTPs and QuickConnect support. Details can be seen below.

Lastly, Synology's own NVR, the NVR216, has now been updated to include a complete user management interface. You can now create, remove or assign users specific privileges directly from within the NVR216.